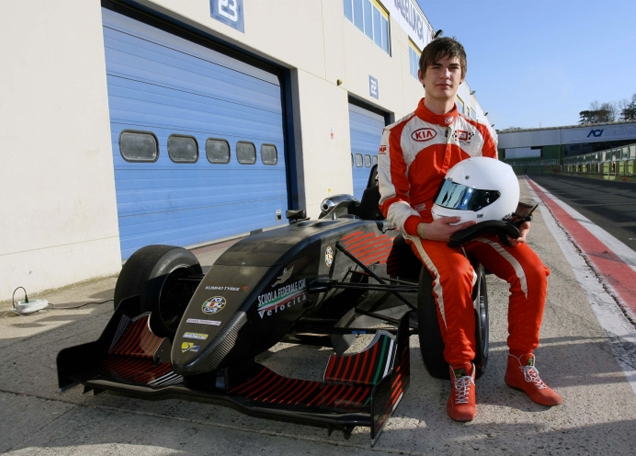 Gabriele Volpato was born in Chieri (TO) June 1, 1996.
When he was just a kid, two and a half years old, his father Alberto and mother Antonella noted him for a particular ability to park electric cars.
There is a talent and that must be cultivated. When he was 7 years starts his carrier on the kart.
When the wheather it’s rainy and the track is wet, unlike other drivers, Gabriele is especially comfortable, for this reason the friendly nickname is “the wizard of rain”. He gets most of his amazing victories on wet tracks.
Since 2005 he officially starts his career as a driver on board kart mini 60cc category. It takes only three races to get his first podium (3rd in Busca in “Campionato regionale”).
2009 is the year of the change of category, and it's immediately a success: Chose the category 125cc and he won the title in the ROK Cup ITALIAN CHAMPION, 2nd place in the Championship ROK Cup (Cat Junior ROK), and 1st place in the final "Bridgestone" ROK's world Cup.
In 2011/2012 the first experiences, the first test, in motor vehicles including cars and Formula Renault Clio R3.
In 2012 on board the KIA IS 1.6 GPL is ranked 2nd overall in the league brand "Green Scout Cup 2012" immediately behind Jimmy Ghione and before Alessandra Brena.
2013 is the year of change: Gabriele leaves the kart to devote himself fully to the covers wheel.
In 2016 Gabriele obtained the diploma of regional federal speed track instructor also starting the activity of instructor.